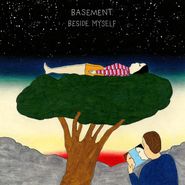 Basement hails from Suffolk, England, but you wouldn’t know it from hearing them. Without a trace of English inflection in their impassioned lyrics, Basement keeps alive that certain strain of alt-rock/emo inherent to the States circa late '90s and early '00s. Taking cues from bands such as Jimmy Eat World and The Promise Ring, Beside Myself is chock full of mini-anthems such as “Disconnect” and “Stigmata” that are tailor-made for earnest shout-along sessions. Basement brings out the teenager in all of us, and Beside Myself is accordingly an emotional rollercoaster of an album, unafraid to express the highest of highs and angsty-est of lows.