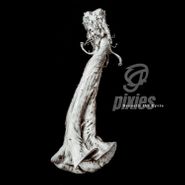 The 21st century incarnation of Pixies comes rip-roarin’ back with the mighty Beneath the Eyrie. Fuzzed out, wild, and unpredictable on their latest, the band shows no sign of slowing down any time soon. The energy churned up by the band is totally bonkers; the band seems determined to leave a sonic impact, rocking harder than they have in years and casually tossing off intriguing song scenarios with titles like “In the Arms of Mrs. Mark of Cain” and “On Graveyard Hill.” The ferocious and fascinating Beneath the Eyrie is a shot of pure adrenaline in album format.