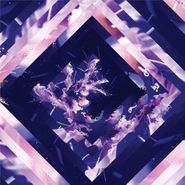 Post-hardcore veterans Silverstein celebrate their 20th anniversary with new album, A Beautiful Place To Drown. Their ninth studio album, A Beautiful Place won't let down their fanbase, carrying on the tradition of angst-ridden power choruses and heavy verses. The single, “Madness,” features a short cameo by rapper Princess Nokia whose growly rhymes fit in seamlessly. Other contributors include Aaron Gillespie of Underoath on the headbanger “Infinite” and Beartooth's Caleb Shomo on the hook-laden “Burn It Down.”