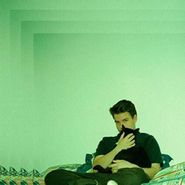 The debut album from singer/songwriter/multi-instrumentalist Rex Orange County (Alex O'Connor) was written and recorded in his bedroom at the age of 16, and then self-released in 2015. The album’s lo-fi textures and hi-def emotions caught the ear of Tyler, The Creator who flew Rex to Los Angeles to contribute two tracks to Flower Boy. Bcos U Will Never B Free gets this special re-release and first appearance on vinyl in honor of its five-year anniversary.