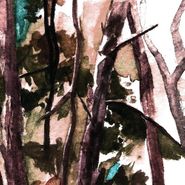 Sometimes when the word "indie" gets tossed around, it stigmatizes the music to fit the particular expectations of that style. But Hop Along manage to balance indie music's ironic distance or twee over-sincerity with pop authenticity. Bark Your Head Off, Dog is their most complete album to date and is such a fun listen. Each song is carefully constructed like little symphonies that build up with electric guitars, violins, funky percussion, and thoughtfully written lyrics which lead singer Frances Quinlan delivers with much emotion. The lyrics work subliminally to deconstruct power dynamics, relationships, and even larger social issues. You almost wouldn't expect that type of album from the opening moments of the first track, "How Simple." It doesn't going into larger, more grandiose ideas; instead, it's a chamber piece that feels revealing and personal with a type of pull/push built on an uncomfortable relationship. Drummer Mark Quinlan particularly shines in this track with such precise and perfect drumming that turns a moody, folky song into power pop. "Not Abel" is a more difficult and revealing track with biblical parallels and a melody that refuses to maintain the pop vibe of the opener. Channeling a bit of The Cranberries or other off-kilter groups from the '90s, the music recalls that decade perfectly with glistening violins and tonal shifts from quiet folk to a disorienting overflow of feelings. This is especially noticeable in the major key final minute of the track that becomes pure sing-along. "Prior Things" is the poetic apex of the album and it encapsulates the entire album, blending the elements of pop, folk, and soul for an epic five-minute track that never wears out its welcome its length. It's hard not to keep praising Frances Quinlan's vocals after a track like this as she perfectly wraps her slightly whispery gravel around the music so carefully. Sincerity in music is sometimes hard to find, but Hop Along's realness feels frank and honest.