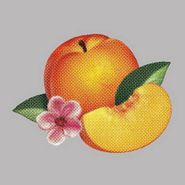 In 2009, French pop commandoes Phoenix proved rock could recapture the fun supreme, disco-bubblegum glory of '80s bands like Blondie or the Police, a trashtastic goal forsaken by their more earnest American cohorts. Wolfgang Amadeus Phoenix was a giant, rowdy, brainy, tongue-in-cheek pop feast, and they've spent four years crafting the followup. That studio time was worth the wait: Bankrupt! is an even bigger, glossier, more explosive affair, as evidenced by breakout single "Entertainment" which raises the production bar high above the aforementioned '80s influences into the big-budget cocaine perfectionism of something like Duran Duran or Tears for Fears. Fortunately, singer Thomas Mars keeps it real and deflates the sonic pretension with his aw-shucks, slightly sardonic vocals and acidly funny lyrics. To keep the '80s references coming, he nails that hi-Q, unvarnished new wave soul of Crowded House. A massive set of delightful tunes, blazing with hooks, transitions and ideas, one song morphing into another, synth nuances and guitar arpeggios, riding off endlessly into the sunset. This is the kind of rock craftsmanship I miss, to say nothing of their honesty, humor and fire. I get the New Depression reference, but this album is the opposite of bankrupt -- it's loaded with riches.