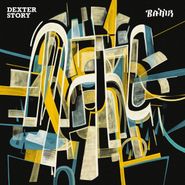 Dexter Story is a Los Angeles-based multi-instrumentalist, producer, composer, arranger and ethnomusicologist. Don’t let the eclectic rank and title fool you, as Bahir doesn’t require you to have paid attention to that Intro to World Music elective in college you slept through to appreciate its deeply catchy polyrhythmic grooves. Featuring a wealth of guest singers, Bahir is a celebration of multicultural pop music, incorporating elements from the mainstream sphere alongside contemporary sounds from East Africa. Songs like “Gold” build off a soulful blues/funk base, the kind you might find on a Leon Bridges or Sharon Jones tune, and then adds elements such as Sudan Archives’ modal violin playing to give it an unconventionally rich texture. “Shuruba Song” features renowned Ethiopian singer Hamelmal Abate lending an otherworldly vocal melody, while other tracks on the record opt to have the instrumentation do all the talking. For someone as musically well-versed as Dexter Story, there’s quite a lot to say.