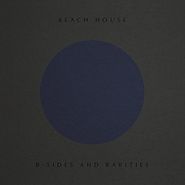 Beach House have been purveying their brand of ethereal dream pop for over a decade, crafting some absolute classic albums of their era. At the same time they have also produced a lot of material that does not neatly fit within the confines of their impeccable studio creations. From their first song/recorded demo in 2005, “Rain in Numbers,” to remixes and non-album tracks from what they describe as their “most prolific” period during 2009-2010, a couple of outtakes from the recording sessions that birthed their most recent albums, and even a Queen cover, B-Sides and Rarities gathers all of them together and presents them here in a remastered collection. For the Beach House fanatic, it’s an essential document. For the casual listener, it’s an opportunity to hear the wide range of sonic territory the band has covered that isn’t always apparent from their nuanced LPs.