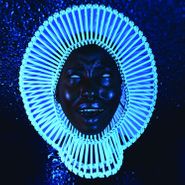 Unlike anything he has done previously, this album takes cues from D'Angelo and '70s Funkadelic more than what you'd expect from an artist who started out rapping. This shows his growth as an artist, using more live instrumentation, back up singers, and even pushing his own vocal approach. It's damn good! - Furn, Hollywood


Things move fast in the internet age. Only three weeks ago did Childish Gambino announce his new album and now here it is. His second album, Because The Internet, was more complex and sensitive than any other hip hop album of 2013 as Gambino would jump moods from self-loathing to good humor to long passages of loneliness and 21st century angst. Now, at nearly three years since that album and at the end of the first season of his television show, Atlanta on FX, comes his hotly anticipated third album. In the wave of Kendrick Lamar's and Kamasi Washington's spiritual journey of African-American music that's simultaneously spiritual, retro, and futuristic, Awaken, My Love! shows more influence from George Clinton, Prince, and even King Crimson than it does with the world of modern hip hop. The epic three-part track "Me and Your Mama" opens with a chorus crying out against some new agey rhythms that suddenly cut out amid a glut of drum machines and prog drums that turns the song into classic psych funk by way of gospel. Childish Gambino cries out with real pain "This is the end of us / Sleeping with the moon and the stars" as his voice distorts into a cacophonic echo of insanity. But the song mellows out by the end with a soft melody that feels right at home in the world of The Isley Brothers. "Redbone" is a smaller, less ambitious song that instantly catches you with a simple melody that trots along at a more leisurely mood. Channeling Prince, he turns up his falsetto into a screechy performance that shows off his chops as an R&B singer. The minimal funk gives him a chance to show off his real range that stretches beyond what he's shown on other albums. 2016 has been a great year for hip hop and Awaken, My Love caps the year off beautifully with new directions and more far out ideas than anyone else.