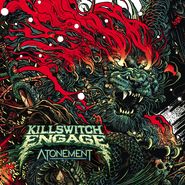 Killswitch Engage have remained remarkably consistent throughout the metalcore group’s two-decade long career, including before and after the mainstream success of End of Heartache turned them into one of the heaviest hitters in the metal world, with just one caveat: the ever revolving door between vocalists Howard Jones, who manned the group’s most prominent period, and Jesse Leach, the band’s original singer who returned to replace Jones in 2012. On Atonement, the two vocalists both appear on the same record for the first time, albeit briefly, as “The Signal Fire” features the two switching up verse duties and a (very aggro) duet on the chorus. Elsewhere, the band is in traditional form, with chugga chugga guitars over computer-precise double bass thumping, clean vocals contrasted with guttural growls, and desperate, cathartic choruses adding plenty of drama to the proceedings. All these years later and the Killswitch Engage sound remains as solid as ever.