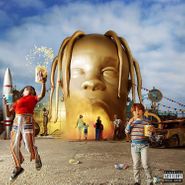 Perhaps more synonymous with tragedy in 2021 than with groundbreaking hip-hop, Travis Scott's Astroworld caught attention in 2018 due to its savvy fusion of rap, psychedelia, and trap. Greeted with widespread acclaim on its release, the album took home Album of the Year at the 2019 BET Hip Hop Awards.