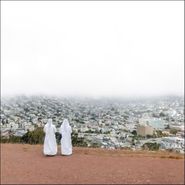 Indie stalwarts Death Cab For Cutie sound as vital as ever on their thoughtful new album, Asphalt Meadows. If you’re a fan of the band, there’s probably a new anthem on here for you; the lyrics are almost painfully relatable as Ben Gibbard sings of feeling far apart from the world and learning to let go. Yep, you might’ve guessed it—this is a pandemic album, recorded partially by sending one another different song parts until a whole song took shape, partially recorded back in the studio with the full band and legendary indie producer John Congleton (Explosions in the Sky, Angel Olsen) behind the board. These songs are some of the band’s most powerful in recent memory, rife with longing, tempered by isolation, and ultimately sublime as the band reaches new emotional heights.