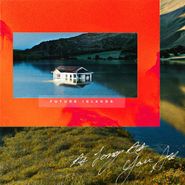 As Long As You Are, Future Island’s brand of New Wave Synth-Pop is as euphoric and uninhibitedly joyful as anything the band has done in their 14-year career. Full of bright melodies and heavenly choruses, the album looks to the past as well as the future, confronting old ghosts and embracing new hope. It’s an album about trust, honesty, redemption, and release, and also about allowing old wounds to heal and bringing painful chapters to a close.