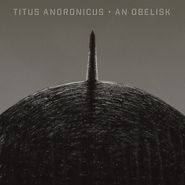 After tackling more grandiose and theatrical territory such as 2015's rock opera album The Most Lamentable Tragedy, Titus Andronicus has scaled back and released their tightest and most concise full-length to date, An Obelisk. Guided under the skillful direction of punk maestro Bob Mould (Hüsker Dü, Sugar), the New Jersey-based quartet have written an album of taut songs tackling the general malaise plaguing current day society. While they may not have or offer any answers to the current slate of problems, the band shows they are just as concerned and confused as the rest of us...and can still rock as hard as any while voicing their dissent.