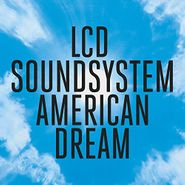 After calling it quits in 2011, it’s good to have LCD Soundsystem back — especially with such a welcome reintroduction via American Dream. Despite its title, this isn’t a political album, but there’s a certain creeping darkness beneath the band’s blend of indie rock and electronic music that gives the work a bit of an au courant edge. No party songs here, no hands-in-the-air dance floor fillers like “Drunk Girls” or “Daft Punk Is Playing at My House.” Which isn’t to say you can’t put American Dream on and have a good time; it’s a cohesive, smart, rhythm-driven album that ranks among James Murphy and co’s best.