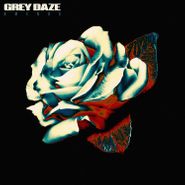 Before Chester Bennington became the frontman for Linkin Park, he sang for the grunge-tinged hard rock outfit Grey Daze from 1993-1998. In 2017, Bennington announced a Grey Daze reunion, but he unfortunately died that same year before the reunion could become a reality. A couple of years later in 2019, Bennington’s Grey Daze bandmates decided to complete the project with Amends; they selected the tracks from the band’s mid-'90s catalog and re-recorded the music to accompany Bennington’s re-mastered vocals. Produced by Jay Baumgardner, the album features several contributions from eminent figures in the scene, including Korn’s Brian “Head” Welch and James “Munky” Shaffer, Page Hamilton (Helmet), Chris Traynor (Bush, Helmet, Orange 9MM), and more.