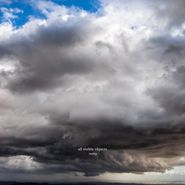 Moby’s new dance-heavy album was made in the legendary EastWest Studios in Studio 3 where Pet Sounds was recorded, using the same board that was used in the making of Ziggy Stardust and the same piano that Sinatra used to record some of his most notable hits. With a pedigree as royal (and diverse) as that, and including a collaboration with Dead Kennedys’ drummer D. H. Peligro and rapper Boogie, Moby’s 17th studio album is as unique as he is.