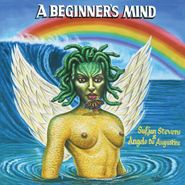 Sufjan Stevens and Angelo De Augustine team up for their first outing together on the excellent A Beginner's Mind. It’s a concept album that transcends the concept—in this case, popular film—which is no mean feat, even if Sufjan fans know they can rely on the melancholy-voiced folk singer to do so. The album feels eclectic as the artists move from inspirations like Silence of the Lambs to All About Eve, yet the it retains its cohesiveness thanks to the expert songwriting and intriguing musicianship of the duo. Moving, understated, and rife with emotion, A Beginner’s Mind is a real treat for fans of thoughtful indie folk.