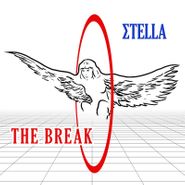 Greek indie pop artist Σtella (pronounced Stella) is ready to, umm, break into the international circuit with her new album The Break. Having released two mostly self-recorded albums in her home country to much critical acclaim and success there, the time is right to extend Σtella's fanbase further with her instantly appealing mix of clear, deep vocals, crisp bass/guitar lines, retro video game synth touches, and ear for catchy melodies....not to mention a quirky sense of humor, displayed perfectly with a bio which begins with, "Σtella was born beside the sea and raised by a Canadian nanny who waterskied topless."