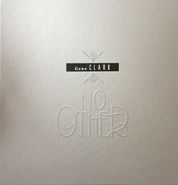 It’s hard to believe Gene Clark’s No Other was perceived as a failure on its initial release. “A failure” at what? Creating a middle-of-the-road, commercial radio-friendly snooze-a-thon? Fortunately, 4AD is reissuing what, honestly, is a gem of an album from the singer-songwriter and Byrds founding member. Hailed by many as a lost masterpiece, the scope of No Other is sweeping, its emotional impact immediate. And the songs are damn good, as any fan would expect. Lush, poetic, and vibrant, the album fuses country, folk, and sunny ‘70s west coast rock into a thoughtful, forward-thinking collection of songs that well deserves its recent critical reappraisal.