See the full band perform later that night at The Wiltern on their Doomscroller Tour.

"On their eighth album, Formentera, they sound as vital as ever, with the creative nucleus of Emily Haines and James Shaw once more pushing the possibilities of what Metric are." - Under The Radar

- Performance is free/all-ages. Purchase of LP is required to attend signing.

- Signing LP copies of Formentera only. No outside/additional items.

- No personalization or photos will be possible due to limited time.

The vinyl artwork for Metric’s new album, Formentera, includes a motto that sums up the past few years: This Is What Happened. It’s an understatement that manages to say everything. Even real places become imaginary when they are so far out of reach.

Named for an idyllic island near Ibiza off the coast of Spain, Formentera is a place that, for Metric, only existed on a page in a “dream destinations” travel book that lay open on a desk in the new recording studio that guitarist Jimmy Shaw built in 2020, in a rural hamlet north of Toronto. This is the setting where the band’s eighth album took shape.

Metric’s sound is both genre-defying and genre-defining. Emily Haines, Jimmy Shaw, bassist Joshua Winstead and drummer Joules Scott Key started playing together in NYC in 2001. They are just getting started. 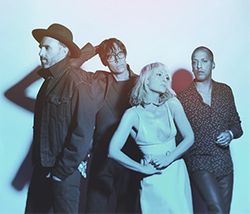 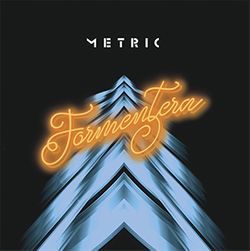