Butcher Brown visits Amoeba Berkeley on Friday, September 23rd at 4pm on their way to play the Monterey Jazz Festival! They'll play a live set and sign their latest album, Butcher Brown Presents Triple Trey featuring Tennishu and R4ND4ZZO BIGB4ND (out on CD on 9/16 via Concord Jazz). Get the album at Amoeba Berkeley and get your copy signed!

Miles Davis once quipped, “I’ll play it first and tell you what it is later.” Butcher Brown has released forward-thinking and expansive hybrids of jazz and hip-hop since 2013. Today, they have an apt descriptor for their songs: solar music. Drawing inspiration from every sound under the sun, the Richmond, VA band adds elements of funk, soul, and rock to their foundational mix. The result is a Southern-leaning and sometimes psychedelic fusion that feels fresh yet familiar. Simultaneously working within and defying genre conventions, Butcher Brown is a jazz festival mainstay that could tour with Tyler, the Creator as easily as Khruangbin.

“We get daps from the jazz cats, the rap scene, the indie scene, and everyone else,” says drummer Corey Fonville. Every Butcher Brown album, show, and improvisational leap therein stems from the synergy, vision, and inexhaustible musical curiosity of him and his bandmates: producer/multi-instrumentalist DJ Harrison, bassist/composer Andrew Randazzo, trumpeter/saxophonist/MC Marcus “Tennishu” Tenney, and guitarist Morgan Burrs.

The band’s latest album, Butcher Brown Presents Triple Trey featuring Tennishu and R4ND4ZZO BIGB4ND, deconstructs big band jazz and reshapes it in the band’s eclectic image. With all due respect to Count Basie, the album sounds nothing like your grandparents’ 45s. Randazzo adapted Tennishu’s rap beats for Butcher Brown and 10 other Richmond musicians, turning them into bold and blaring suites for Tennishu to bless with his smooth baritone. Tennishu finds new pockets of rhyme between resonant brass, smacking percussion, warm guitar, funky bass, and more. Amidst party-starting originals, the ensemble delivers a reverent yet inventive Notorious B.I.G. cover that will move crowds in every New York borough. Think of Butcher Brown Presents Triple Trey featuring Tennishu and R4ND4ZZO BIGB4ND as an alternate score to Baz Lurhman’s Great Gatsby adaptation, a brilliant blend of contemporary genre-smashing injected into the past. The band’s past begins in Richmond, where several members attended VCU’s jazz program, and everyone mixed in the city’s vibrant music scene. Between classes and performances at local clubs, all congregated at Harrison’s home studio: Jellowstone. Jam sessions bled into blunt-passing smoke sessions soundtracked by beat tapes from renowned Richmond producer Ohbliv, D’Angelo’s sensual, funky and forward-thinking neo-soul, and saxophonist Joe Henderson’s Power to the People. All culminated in Butcher Brown’s 2014 debut, All Purpose Music, a 76-minute jazz-driven odyssey into every genre at the band’s disposal.

That spark fueled a beat tape (Grown Folk, 2015), southern-inflected soul and rock excursions (The Healer, 2015 and Virginia Noir, 2016), a raucous live album (Live at Vagabond, 2017), jazz-funk fusion (Camden Session, 2018), and an Afrobeat tribute (Afrokuti, 2018). After tours with Galactic, Lettuce, and jazz giant Kamasi Washington, Butcher Brown turned a corner with their Concord Jazz debut, 2020’s #KingButch. They recorded at Jellowstone and abandoned worries about creating songs that would be easily replicable live, blurring the lines between soul-jazz and boom-bap, eliminating the divide between P-funk and modern funk, and transforming rap-meets-bossa nova amalgams into kaleidoscopic psychedelia. With Tennishu rapping, the band was in new territory and closer to their roots than ever. Their catalog-spanning NPR Tiny Desk Concert, crowd packing European tour, and inspired, Alex Isley-assisted cover of Patrice Rushen’s “Remind Me” in 2021 proved their range remained limitless, unbound by genre and time. Describing the group's journey for this project, bassist Andrew Randazzo says, “Over the years, everything about this band has become more refined and mature — from the playing and producing to recording — but the soul was there from the beginning... We already had the spark.”

Butcher Brown Presents Triple Trey featuring Tennishu and R4ND4ZZO BIGB4ND continues the band’s backward-gazing leap into the future. Following their appearance at 2022’s Blue Note Jazz Festival in Napa, they have planned collaborations with critically acclaimed rappers and other artists. For now, look for Butcher Brown to bring the big band, the spirit of Jellowstone, and their latest iteration of solar music to the world. 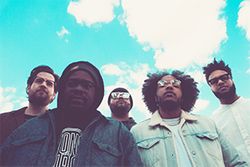 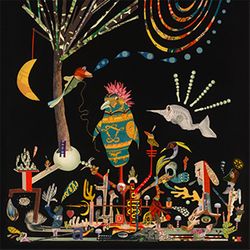