- At time of purchase, fans will receive ticket to signing event. The LPs will be distributed in line on 9/28 (so that sales can officially qualify for Billboard record charts for the artist).

- One LP + ticket per person please.

- Marcus will sign copies of the new album ONLY. No outside/additional items.

- No photos with artist will be possible.

Mumford is a founding member of Mumford & Sons, which has topped the Billboard 200 with three of its four studio albums. The band has won numerous awards, including GRAMMY®s for Album of the Year and Best Long Form Music Video, two BRITs and an Ivor Novello award.

Deep in the winter of early 2021, Marcus Mumford retreated to the tiny studio on his farm in England with the sole intention of shaking off the writer’s block that had plagued him for months. Within hours he’d sketched a song called “Cannibal,” an intimate reflection on the sexual abuse he’d endured at age six and the hidden trauma he carried for decades. Having recently begun the work of unraveling years of denial and making his way to recovery, Mumford felt compelled to continue exploring that experience with relentless honesty—a journey that ultimately led to his debut solo album self-titled, an intensely personal, powerfully resonant portrait of healing, forgiveness, and freedom from shame.

Produced by Blake Mills (Alabama Shakes, Perfume Genius, Laura Marling) and mainly recorded at Sound City in Los Angeles, self-titled emerged from an exacting songwriting process that found Mumford poring over every line to eliminate any obscuring of the truth. But while the album bears all the raw emotion of a bedroom recording, its sonic landscape is vast and exquisitely detailed, unfolding in wildly unpredictable textures and tones. Not only a testament to his potent chemistry with Mills, the mesmerizing depth of self-titled has much to do with the lineup of female musicians Mumford enlisted as featured vocalists and/or co-writers, including Brandi Carlile, Phoebe Bridgers, Clairo, Monica Martin, and Julia Michaels. To that end, Mumford refers to self-titled as the most collaborative work he’s ever created, and considers each artist essential in shaping its expansive musicality.

After opening on “Cannibal,” self-titled shifts into the soaring determination of “Grace”: a gloriously anthemic track penned by Mumford soon after playing “Cannibal” for his mother and sharing the story of his abuse for the very first time. From there, the album examines everything from the brutal clarity of hitting rock bottom (on “Prior Warning,” co-written with Mills and Julia Michaels and featuring drum programming from longtime Kendrick Lamar collaborator Sounwave) to the complexities of self-medicating (on the sprawling and strangely euphoric “Better Off High”) to the daunting triumph of finally facing your demons (on “Dangerous Game,” graced with Clairo’s gossamer vocals and a luminous string arrangement courtesy of Grammy Award-winning composer Rob Moose). And on “Better Angels” (co-written with Mills, Tobias Jesso Jr, and Fleet Foxes frontman Robin Pecknold), Mumford offers up a sublimely hazy celebration of all those who supported him in owning his story.

One of the most revelatory moments on self-titled, “Stonecatcher” feat. Phoebe Bridgers, presents a nuanced meditation on mercy and redemption, an inquiry deeply informed by Equal Justice Initiative founder Bryan Stevenson’s writing on cultural trauma. In a charmed turn of events, Mumford reached out to Stevenson and asked the esteemed social-justice activist/part-time musician to play piano on “Stonecatcher,” adding a certain delicate majesty to the song’s spellbinding outro.

For the final track to self-titled, Mumford chose a stark and soulful piece co-written with Brandi Carlile the morning after the two friends took a heart-to-heart drive up the Pacific Coast Highway. As the bookend to “Cannibal,” “How” closes out the album with a bold but tender statement of intent: “But I’ll forgive you now/Release you from all of the blame I know how/And I’ll forgive you now/As if saying the words will help me know/How.” Both resolute and stunningly compassionate, the result is an open-ended completion to an endlessly searching body of work, leaving abundant room for the listener to insert their own story and continue Mumford’s narrative of hard-won courage and transformative hope. 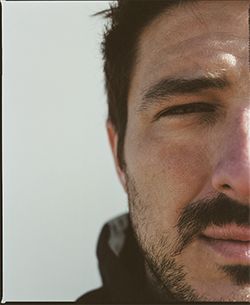 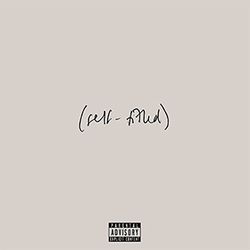