UPDATE: THIS EVENT IS NOW SOLD OUT.

• Purchase your copy of blue water road in-store at Amoeba Hollywood on Friday, April 29th beginning at 11am.

• Line to purchase the CD will form on Hollywood Blvd. in the morning. Once purchased, signing line will form on the Argyle side of the store.

• Kehlani will sign copies of blue water road purchased at Amoeba only – no outside/additional items.

• No photos or personalization of CDs will be possible with artist due to very limited time/schedule.

• No online or phone orders for this special event.

Kehlani will open your eyes, open your mind, and open your heart. For as blunt as they may be about life, longing, lust, and love, the music occupies an elevated state above even the best high—yet accessible by simply listening. The Bay Area-born two-time GRAMMY® Award-nominated multiplatinum artist unlocks this place anytime they pick up a pen or grab a microphone. As such, everyone is welcomed into the rapture of their third full-length album, blue water road.

“blue water road is a destination in my mind, I’m giving everyone access. It’s an emotional journey, a sexual journey, and a spiritual journey. To me, the album is like a glass house. Its light, transparent, and the sun is shining right through it.” - Kehlani

It’s similar to how Kehlani shines as a beacon in the culture... Since 2014, their light has only continued to glow brighter. Thus far, Kehlani has picked up over twenty gold and platinum RIAA certifications, tallied 5 billion streams, and garnered a pair of GRAMMY® Award nominations in the categories of “Best Urban Contemporary Album” for the gold-certified mixtape You Should Be Here and “Best R&B Performance” for the platinum single “Distraction.” Beyond blockbuster collaborations with Cardi B, Justin Bieber, Post Malone, Kiana Ledé, Teyana Taylor, and Kyle, she has appeared on soundtracks such as Suicide Squad: The Album, The Fate of the Furious: The Album, and more. Along the way, she received the“ Rule Breaker Award” from Billboard Women In Music and performed at Voodoo Music + More, Coachella, and beyond. They reached a critical and creative high watermark with the sophomore offering, It Was Good Until It Wasn’t. It not only bowed at #2 on the Billboard Top 200, but it also concluded 2020 on over a dozen year-end lists from Billboard, Esquire, Hypebeast, Nylon,S eventeen, Spin, Stereogum, The Guardian, and many more.

Riding this wave, Kehlani poured moments of clarity and joy into her next musical evolution. “I feel like I became a lot clearer. I got a better understanding of grief, life, love, and really myself. I’m in a joyful, dreamy, and introspective place lyrically, sonically, and musically.”

To access this space, Kehlani teamed up with super producer Pop Wansel [Nicki Minaj, Rihanna, Ariana Grande, Jessie J] and retreated to the sanctuary of their recording studio. “Pop and I locked in, and we were inspiring each other,” she elaborates. “It was so natural. He had a major hand in everything. He’s a really good storyteller through sound, and we both wanted to make something we were really proud of.”

Kehlani teased out the album with “altar.” Right out of the gate, it incited tastemaker applause. Vulture urged, “worship at the ‘altar’ of Kehlani by putting this song on repeat,” and Clash christened it“ an irresistible return that melds pointed melodic tones with her soulful R&B roots." Meanwhile, the follow-up “little story” threads together glassy acoustic guitar, finger-snaps, and lovestruck lyrics - “I want you to do it again, I want you to pick up the pen and write me into the story, you know I love a story." In the end, Kehlani’s heart beats louder than ever when telling the stories on blue water road. “I want you to hear the time we put into it, the dedication we put into it, the joy we put into it, and the heart we put into it... There’s a serious pulse. I’m at peace now. I’m just a hard-working mom who is only focused on creating my own little world with my family. I’m a completely different person than I could’ve been, even in my wildest dreams. When you listen to this, I really hope you feel like you went to blue water road and were there with me.” 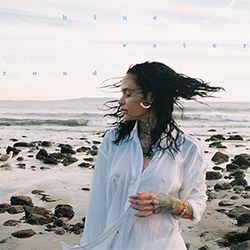 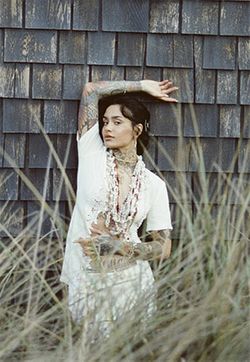