1940 Carmen was written and recorded while she was in Los Angeles from March to July 2021, and named after the address of the Airbnb where she stayed. All of the tracks were written, composed, and produced by Mon and include her first foray singing in English. 1940 Carmen is a snapshot of four months in her life in the US, which resulted in a new album, her return to live performances, and a pregnancy.

** Purchase 1940 Carmen on CD starting at 11am on October 29th in-store only at Amoeba Hollywood to attend the signing.

** Limited to two copies of 1940 Carmen CD per person for signing. No outside/additional items.

** No photos will be possible with artist.

Chilean singer, composer and visual artist, Mon Laferte is a multi-awarded artist whose sophisticated brand of Latin Pop combines indie, roots rock, blues, bolero, cumbia, ranchera and electronic elements with traditional Latin American traditions. Her unmistakable voice, unfiltered composition, and passion of her music have taken her around the world with her six album releases, winning the hearts of millions of her followers.

Her music has been described as “intimate and still valiant; addressing complex subjects such as misogyny, repression, and injustice, inspired by her own experiences” (BBC Music) and “infuses vintage styles with current feelings and a ferocious attitude” (The New York Times. Her taste in music manifested at an early age, where she gained massive recognition in her native Chile. She later moved to Mexico City and in 2016 released her album, Mon Laferte Vol. 1 which got her two MTV awards and two Latin GRAMMY nominations for “Best New Artist” and “Best Alternative Album” of the year. 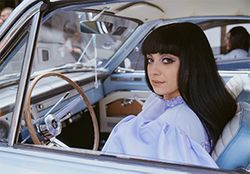 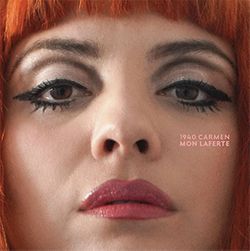