Amoeba Hollywood welcomes Korean-American artist AleXa for a fan meet and signing for her latest EP, ReviveR. The ReviveR CD EP contains Photobook: 46 page photobook, CD, sticker and 3 photocards. Copies will be available for purchase in-store at Amoeba Hollywood on October 1st at 11am.

To attend this event:

** Purchase your copy of ReviveR in-store only at Amoeba on October 1st.

** Alexa will sign one or two copies of ReviveR per person, no outside/additional items.

** no posed photos with artist will be possible.

AleXa grew up in Tulsa, Oklahoma and exploded onto the K-pop scene with her multilingual debut, “Bomb," in October of 2019, breaking into the Top 10 of Billboard’s “World Digital Song Sales Chart” within its first week of release. In 2020, AleXa inked a deal with ICM Partners, home to an all-star roster of award-winning artists including Nicki Minaj and Khalid, to set a global debut in motion, and was crowned the breakout winner in “Soribada Best K-Music Awards” and “Asia Artist Awards,” two of the biggest award shows of the season. AleXa is also set to appear in her first acting role on the second season of Netflix’s chart-topping horror anthology series “Goedam,” and most recently participated in Spotify’s cross-border collaborative single, “Is It On,” with Arabic singer Bader AlShuaibi. 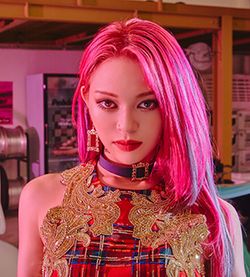 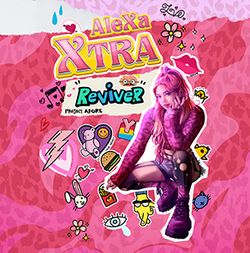