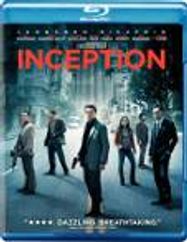 Inception is the brilliant vision of the future where corporate espionage is administered through the human mind instead of the tangible environment. Leonardo DiCaprio plays Dom Cobb, a brilliant thief and fugitive who is very accomplished in the enterprise of extraction. He and his associates are the best at what they do. Their job is to essentially hack into the minds of powerful businessmen, via their dreams, to obtain secret ideas. As a way for Cobb to clear his name and pave the way to redemption, he takes a job for Saito (Ken Watanabe), a wealthy businessman who has commissioned Cobb and his colleagues, not to cull ideas from his rival, but to plant an idea – thus, inception. It is not so much the act of inception that prevents our hero from obtaining redemption but an outside element that prevents Cobb from carrying out his duty.

With amazing cinematography by Wally Pfister and film editing by Lee Smith, Inception brings to life a world in which dreams are not only within one’s mind but also exists on an entirely new dimension. Adding to that new dimension is the utterly brilliant and haunting score (which plays almost as a secondary character) from Hans Zimmer. With mind bending action, beautiful visuals, hallucinatory special effects and a break-neck pace, Christopher Nolan proves that, as a director and creative force, one does not need a comic book, a sequel or a remake to create a highly adroit and fascinating story.