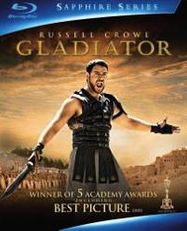 Featuring both the theatrical and extended versions in the perfect picture and sound, Gladiator now sparkles like never before. The stunning historical epic follows Maximus Meridas, the brave general who was forced into slavery, emerged as a gladiator, and defied an empire. Winner of five Academy Awards, including Best Picture and Best Actor, Gladiator is a magnificent combination of vivid action and extraordinary storytelling. Masterfully directed by Ridley Scott, and featuring a riveting performance from Russell Crowe, it is truly "a colossus of rousing action" (Peter Travers, Rolling Stone).