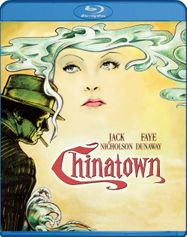 This movie is not ranked on the top of AFI’s "Greatest American Movies" of all time for nothing. Every single aspect and element of this film - from its direction, cinematography, script development, performances, editing, to its art direction - is outstanding. When you take a director such as Roman Polanski, add a writer like Robert Towne, and have actors such as Jack Nicholson and Faye Dunaway, it’s almost a done deal. What leads this film to excel beyond excellence is its profound content and complex, multi-leveled storyline. Its underlying historical significance concerning the 1930s water rights in Los Angeles has also earned the film to be selected for preservation by the United States National Film Registry by the Library of Congress in 1991.

The story is set in the 1930s. J.J. “Jakes” Gittes, played by Jack Nicholson, is a Los Angeles private investigator hired by Evelyn Mulwray to spy on her supposed cheating husband, who is the city’s chief engineer for the water department. Soon after the initial investigation, Gittes finds that this woman is an impersonator of Evelyn Mulwray. He plunges into the case to discover the complex twists and turns of a murder involving incest and municipal corruption, which somehow all relate to the city’s water supply. How far do people in power go to keep themselves in that position? Follow Gittes’ investigation to find out.

The water department corruption is a reference to the water from the Owens Valley that was brought to Los Angeles. The characters in the film, Hollis Mulwray and Noah Cross, are insinuations to William Mulholland, the chief engineer of the Los Angeles Department of Water and Power. He designed the Los Angeles Aqueduct, which brought the water from the Owens to Los Angeles. He also supervised the building of the St. Francis Dam, which, when it failed on March 12, 1928 and killed more than 600 people, ended Mulholland’s career.

Jack Nicholson and Faye Dunaway deliver dedicated, stunning performances. The film is culturally referenced, and Roman Polanski’s vision of the film is poignant and thrilling. The writing is bold. The complexity of the story will keep you on the edge of your seat.

In a legendary performance, three-time Academy Award® winner Jack Nicholson stars as private eye Jake Gittes. Hired by a mysterious woman to investigate Hollis Mulwray, the chief engineer of the Los Angeles Department Of Water and Power, Gittes' sleuthing brings him into contact with Mulwray's wife (Academy Award® winner Faye Dunaway), a stunning socialite with secrets of her own. As a determined Gittes delves deeper he soon realizes that even the City of Angels has a dark side. Director Roman Polanski's Chinatown has evolved from an atmospheric film noir mystery into a modern-day classic, with Robert Towne's Academy Award®-winning script unforgettably and brilliantly capturing a lost era of deceit, corruption and treachery.