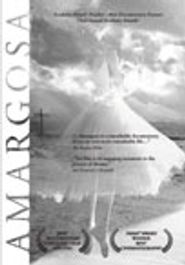 In the 1970s, journalists for the National Geographic magazine stumbled into a small, seemingly deserted theater in Death Valley. Inside was a woman of old age dressed in costume, performing ballet for an empty room. Surrounding the stage and empty seats was her artwork, a mural done over the course of a few seasons that resembles an audience of nobles and royalty. These journalists found the woman, Marta Becket, to be extraordinary. They interviewed her, trying to understand how an aged New York ballerina found her way to the desert, and what she hopes to accomplish. They discovered that she was reclusive, a woman used to being alone and yet only wanted love and understanding from human beings. When this simple desire conflicted with her quest to become a devoted artist, she turned to the desert and one of its ghost towns for solace. Amargosa attempts to chronicle her life, both in the limelight and in Death Valley.

Marta Becket started dancing at 14, which she states was a late start. Her mother nourished and supported her efforts to sing, dance, and paint, while her father remained a skeptic until his death. She made it to Broadway, dancing for years and developing beautiful relationships with dancing partners and associates. She married in her 30s and thought she had finally settled into life, until something seemed to tug at her conscience. She saw a fortune teller, but couldn't figure out what the prophecy meant. After riding through the desert with her husband, they got a flat tire and began looking for help. Nearby was a small white theater, deserted and literally falling apart. Upon discovering the theater, Becket presented her find to her husband and inquired about its ownership. The town was mostly uninhabited and in desperate need of repairs, so Becket was offered the theater for practically nothing in exchange for fixing it up. The decision to move to the desert and start a new life was done with a haste and assuredness that wasn't matched by her husband. They two split after years of an already difficult marriage, and Becket settled into the idea of truly being alone. She renamed the theater Amargosa, which is Spanish for “bitter” and was the former name of Death Valley Junction, where the theater stands.

What the desert offered her was a chance to flourish without being stifled by the urge to please and be accepted by other people. There was something majestic about her experience in the desert; wild horses coming to visit her on a whim, a house filled with cats, and time to reflect on her many experiences. She met a local handy man who, in exchange for a vacant home, helped her do repairs and eventually became her companion. The two put on shows together, with him providing the comic relief and Becket the ballet. Eventually tourists and and locals began coming to these performances. The town is extremely small in size and through her efforts and contributions, Marta became the sole owner of it. Her story reached New York, where her former dance partners and old friends were still involved in theater and decided to come visit her. The documentary ends with the preparations and harrowing reflections Becket must endure before giving what she believes to be her most important performance.

The most fascinating aspect of the documentary is the loneliness it brings. This feeling of abandon would seem discouraging and painful, both for Becket and the film's audience, but the effect is nothing but. You begin to admire her strength and openness; you wonder what it would take to allow yourself to flourish in a similar way. Being an artist, sometimes one might find themselves at a crossroads with their craft. The same can be said of someone following a career. It is not exactly frowned upon to remove yourself from romantic attachments and family for the sake of art or work, but it is a choice not often made. Amargosa unfolds this path in a way that reaches out to people who have made similar decisions and shows what can be gained and lost from it. We've all adjusted to the belief that there are dreams, and then there's reality. Still, with Marta Becket, I feel as though we can be comforted by the realization that someone achieved her dreams, even though it came at a price. Highly Recommended.