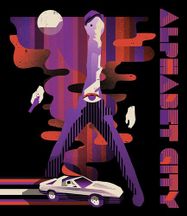 Young thug Johnny (Vincent Spano) usually kept his bosses happy with how he managed the drug traffic in his East Village turf. That was until they ordered him to do a torch job on an apartment building-the one where his mother (Zohra Lampert) and sister (Jami Gertz) live-and he's got one night to get them out as well as rescue his baby mama (Kate Vernon) from the consequences of his betrayal. Amos Poe's of-it's-moment crime saga co-stars Michael Winslow, Raymond Serra. 85 min. Widescreen; Soundtrack: English; Subtitles: English (SDH); audio commentary; featurettes; image gallery; theatrical trailer.