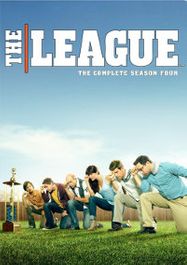 America's favorite pastime - talking smack to your buddies and making their lives miserable - is elevated to hilarious new heights in the uproarious Season Four of The League. This season kicks off with the arrival of Kevin and Jenny's baby...and the race to the Shiva Bowl is on! As Taco tangles with Chicago Bears great Jim McMahon and Andre's tailgating plans go horribly awry, the rest of the guys contend with dirty trades, circumcision debates, breast-a-lyzers and blackmail. Make these outrageously funny Season Four episodes of The League your number-one draft pick!