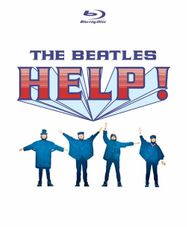 Yes, it’s silly. For their second film with director Richard Lester, the Beatles abandoned the black-and-white, documentary-derived naturalism of A Hard Day’s Night for luscious color and a goofy plot spoofing the secret agent thrillers of the day. But Help! exhibits the energy and charm of its predecessor, thanks to its musical stars, who get a chance to cavort on some exotic locations.

The outline of the droll script may have been written on the back of a postage stamp. The Fab Four, playing “themselves” as before, are stalked by members of an Eastern cult, whose sacrificial ring has fallen into the hands (onto the hand?) of one Ringo Starr. An inept but nonetheless thoroughly mad scientist also covets the gem. The Beatles run from London to the Alps to the Bahamas in a fruitless attempt to elude their pursuers, abetted by a smitten priestess of the cult.

War and Peace it ain’t, but the enterprise bounces along on the Beatles’ self-mocking performances, Lester’s filmmaking verve, and the delectable support and deft comedic timing of Eleanor Bron, Leo McKern, Roy Kinnear, and returning A Hard Day’s Night vet Victor Spinetti. Mixed in with the abundant sight gags are seven great Beatles songs, shot in a style that anticipated the music videos to come.

Help! should be prized for the same reasons we still love the Paramount classics of the Four Marx Brothers – for the manic humor of its engaging heroes. The only pity is there weren’t more Lester-Beatles collaborations to follow.

Help! follows The Beatles as they become passive recipients of an outside plot that revolves around Ringo's possession of a sacrificial ring, which he cannot remove from his finger. As a result, he and his bandmates John, Paul and George are chased from London to the Austrian Alps and the Bahamas by religious cult members, a mad scientist and the London police.

In addition to starring The Beatles, Help! boasts a witty script, a great cast of British character actors, and classic Beatles songs 'Help!,' 'You're Going To Lose That Girl,' 'You've Got To Hide Your Love Away,' 'Ticket To Ride,' 'I Need You,' 'The Night Before,' and 'Another Girl.'

Help! appears on Blu-ray in a single-disc package pairing the digitally restored film and 5.1 soundtrack with an hour of extra features, including a 30-minute documentary about the making of the film, memories of the cast and crew, an in-depth look at the restoration process, an outtake scene, and original theatrical trailers and radio spots. An introduction by the film's director, Richard Lester, and an appreciation by Martin Scorsese are included in the Blu-ray's booklet. Directed by Richard Lester, who also directed the band's debut feature film, 1964's A Hard Day's Night.