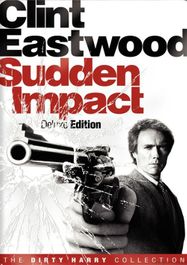 Sensitive to outcries of police brutality, San Francisco Detective Harry Callahan's bosses send him on an out-of-town assignment until events cool down. But wherever Harry goes, things just get hotter. Clint Eastwood scores again in Harry's fourth film (which he also directs), tracking a traumatized rape victim (Sondra Locke) who coldly guns down her bygone attackers - and, as secrets come to light, starts striking an empathetic chord in the pursuing lawman.