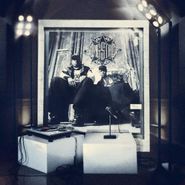 When Keith Elam, better known as Guru, passed away from complications due to cancer in 2010, the world figured the chances of a new album from beloved hip hop duo Gang Starr left with him. Fast forward to now, and there is a reason to celebrate: One Of The Best Yet, a posthumous album put together by DJ Premier utilizing some verses recorded by Guru after the duo disbanded in 2003. The end result is as close as possible to what might have been released if Guru was still around, with the added bonus of a stellar mix of guest collaborators (Jeru The Damaja, J. Cole, Q-Tip, Talib Kweli). A perfect gift for the classic hip hop fan.