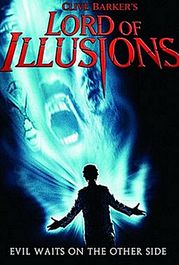 From best-selling author and celebrated director Clive Barker comes a supernatural thriller that rips apart the boundaries between sanity and madness, between the art of illusion and the terrifying forces of magic. With heart-stopping suspense, masterful visual effects (Roger Ebert, Chicago Sun-Times) and non-stop terror, it's a riveting journey into the shadowy corners of the human soul.

Scott Bakula ( Quantum Leap ) portrays Harry D Amour, a private detective visiting Los Angeles ona routine investigation. Harry gets more than he bargains for when he encounters Philip Swann (Kevin J. O Connor), a performer whose amazing illusions captivate the world. But are they really illusions? Harry isn't so sure as he is thrust into a nightmare of murder, deception and terrifying assaults from the dark beyond.