Angelica Garcia celebrates her new album, Cha Cha Palace, with a live performance and album signing at Amoeba Hollywood Wednesday, March 11th at 6pm! Purchase Cha Cha Palace in-store only at Amoeba on 3/11 to meet Angelica after the show and the album signed!

See her live at The Paramount in Boyle Heights on March 9th and 23rd.

"Cha Cha Palace is a real place for anyone who grew up Latinx in the U.S. This album bubbles and glows with the iconography of Garcia's Chicana and Mexican-Salvadoran identity and washes of synth and rolling guitars, distilling love of self and community like an agua de rosa." — Stefanie Fernández  (NPR)

With Mexican and Salvadoran roots in the San Gabriel Valley, East of Los Angeles, Angelica Garcia has spent the last few years creating a new, second family for herself within the welcoming community of Richmond, VA. The bond is christened with the announcement of Garcia’s signing to Spacebomb Records and the release of her first two singles for the preeminent Richmond label: “It Don’t Hinder Me,” an anthem celebrating her roots that blends Wall of Sound pop and Southern rock, and “Karma The Knife,” a Reaggeaton-meets-dancehall earworm. “It Don’t Hinder Me” arrives alongside a new Spencer Ford-directed video filmed in the surrounding neighborhoods of Garcia’s family’s home in El Monte, California, featuring family photos and shots at local favorites like Tyler Market & Tacos El Arco.

Garcia explains, “‘It Don’t Hinder Me’ is a song about being proud of where I come from. I went to a magnet school that united different sectors of Los Angeles county, everything from Pasadena to West LA to El Monte & more inland. The school mixed kids from different backgrounds. Back then I often saw myself as not being cool like the kids of screenwriters and stars. This song rebukes the idea that you have to come from glamour or money to be cool. My ‘beautiful’ & ‘cool’ version of LA is the immigrant household of my grandparents." 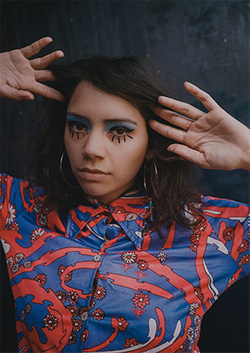 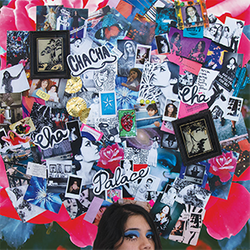