Comedian Brian Posehn has recruited an all-star list of musicians for his first metal album, Grandpa Metal (out February 14th on Megaforce). Anthrax’s Scott Ian and Posehn will play songs and discuss their collaboration on Grandpa Metal at Amoeba Hollywood on Wednesday, February 19th at 5:30pm.


The towering comic teamed up with Anthrax’s Scott Ian, Fall Out Boy’s Joe Trohman, and Dethklok’s Brendon Small to create the album, which was produced by Jay Rustin. The 14-song tracklist features 12 original compositions, plus a brutal cover of the A-ha hit “Take on Me” and a rendition of the novelty dance song “The Fox (What Does the Fox Say?)” by Ylvis. 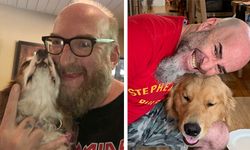 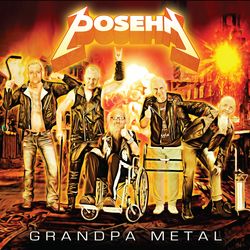