Chris Conley of Saves the Day performs solo acoustic tracks from Through Being Cool followed by a signing of the 20th anniversary reissue double LP at Amoeba Hollywood Wednesday, November 6th at 6pm!

Purchase Through Being Cool on limited-edition double LP (special pink vinyl version!) in-store only at Amoeba Hollywood on November 6th to meet Chris and get your copy signed after the performance.

This November marks twenty years since Saves The Day released their pivotal full-length Through Being Cool, just two short years into their storied career. With Chris Conley still at the helm, the band continues to evolve two decades into their creative journey while still embracing their past – most recently with their aptly titled ninth album, 9.

It’s only fitting that one year after Saves The Day released an album that lyrically serves as a career retrospective, they are preparing to revisit the record that helped shape an era of music and propelled the band from New Jersey underground standouts to international mainstream success. Through Being Cool has maintained its immediacy through the ebbs and flows of influence emo and pop-punk have had on the greater musical world. It is consistently recognized as a pillar of how to successfully blur the lines between hardcore, punk and emo which has become standard practice for a generation of bands influenced by Saves The Day.

Saves The Day celebrate the 20th anniversary of Through Being Cool via a re-release with Equal Vision Records. This special edition of one of emo’s defining records will be remastered, repackaged and include additional never-before-heard demos that eventually would become the album. It is a must for any longtime fan and, if you’re just discovering Saves The Day now, a great excuse to dive deep into a record that serves as the foundation of who they are as a band. 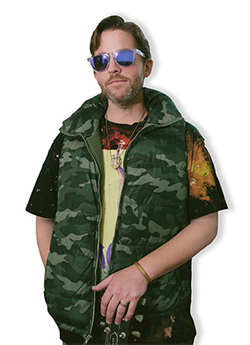 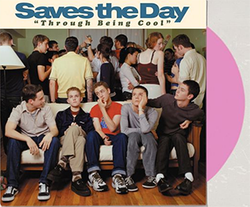