Daniel Lanois performs live with his band Heavy Sun at Amoeba Hollywood to celebrate his work on The Music of Red Dead Redemption 2: Original Soundtrack (Lakeshore Records). Daniel will be signing copies of the soundtrack after the performance. Show is free/all-ages, soundtrack purchase required to attend signing.

- Purchase your copy The Music of Red Dead Redemption 2: Original Soundtrack on CD or double LP in-store only at Amoeba Hollywood on September 19th.

- In-store purchase only - no online or phone orders for this special event.

- Limit one per person.

The vinyl release of The Music of Red Dead Redemption 2: Original Soundtrack is a 2 x LP set that comes pressed on 180-gram, translucent red vinyl inside a gatefold package with printed sleeves.

A powerful, emotional journey through the final days of America’s outlaw era, The Music of Red Dead Redemption 2: Original Soundtrack is produced by 11-time Grammy Award winner Daniel Lanois, with all music created exclusively for the game. Lanois is known for his work with Bob Dylan, Neil Young, and Willie Nelson as well as collaborating with pioneering musician Brian Eno to produce several albums for U2 including the multi-platinum The Joshua Tree.

“Red Dead Redemption 2 provided a terrific compositional space, vast and covering a range of emotional textures - a real place for my imagination to run wild,” said Lanois. “From recording with Rhiannon Giddens in Nashville, to New Orleans with my friend Cyril Neville, to New York City with D’Angelo, to Willie Nelson and Josh Homme, the inspiration never quit!”

“I had a great time reuniting with Lanois to compose for this project, and I’m incredibly grateful to see how the 'Crash Of Worlds' chant has touched the hearts of so many players through the game” said composer, Rocco DeLuca.

Daniel Lanois is a name that deserves to be mentioned alongside the finest sonic experimenters of the 20th century – and the 21st century too. Whatever you're listening to – whether it be acoustic or electronic, roots or futurist, underground or pop – if you listen closely, you'll hear traces of the sonic signatures of Daniel Lanois.

Daniel’s work with Brian Eno on his Ambient series of albums with musicians like keyboardist Harold Budd, has entered into legend. They perfected the idea of studio-as-instrument, making every part of the production an integral component of the overall texture, and striking the perfect balance between avant-garde experimentation and straightforward pleasure in sound that Daniel has continued to pursue in everything he's done since then. Daniel’s connection with Eno would lead him onto working with some of the world’s most influential artists on iconic records such as U2’s Achtung Baby and The Joshua Tree, Peter Gabriel’s So, Bob Dylan’s Oh Mercy and Time Out of Mind, alongside albums for Emmylou Harris, Willie Nelson, Neil Young, and countless others.

Lanois’s distinctive sound echoes through his solo albums such as Black Dub and Goodbye to Language, and soundtrack work including Lost In Mississippi, Sling Blade and many more. Daniel’s most recent release was the soundtrack to the critically-acclaimed blockbuster Western video game, Red Dead Redemption 2. Daniel is currently working in the studio on his next musical body of work, Heavy Sun. 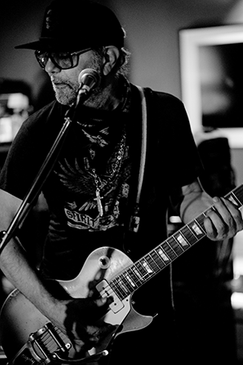 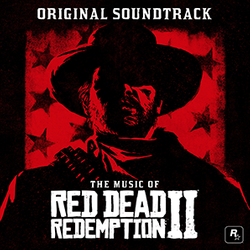