- Purchase the Too Old To Die Young LP in-store at Amoeba Hollywood on August 2nd to receive a ticket to attend the signing.

- In-store purchases only. No online or phone orders for this special event.

- Signing LP soundtracks for Too Old To Die Young only - no outside/additional items.

The double-LP soundtrack features the best of Cliff Martinez’s score and a selection of needledrops used in the film pressed on a pair of colored vinyl and housed in a gorgeous gatefold jacket. Fans of Cliff Martinez and Nicolas Winding Refn cannot miss this!

This unique and visually stunning series tells the story of Martin (Miles Teller), a grieving police officer, who finds himself caught in the Los Angeles criminal underworld where various forces push towards sinister goals. William Baldwin, John Hawkes, and Jena Malone complete the stellar cast. The series includes all the elements that has made Nicolas Winding Refn a household name among cinema lovers: stunning visuals, exhilarating sequences, exciting action, and, of course, a one-of-a-kind soundtrack.

Since Drive, Cliff Martinez has become the go-to composer for Nicolas Winding Refn. It is no surprise that both are reuniting for Too Old To Die Young. Music is present all over the series. Cliff Martinez has composed one of his best scores for this series. The music mixes electronic beats and soundscapes with well-chosen live instrumentations.

Too Old To Die Young trailer: 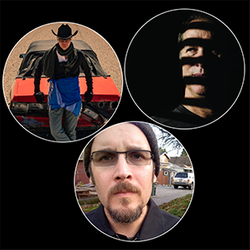 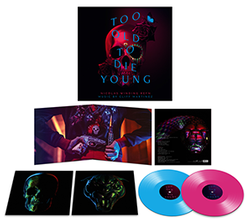