Join us in welcoming the freewheeling New York collective Burnt Sugar the Arkestra Chamber at Amoeba SF on Saturday, July 13th at 3pm for a live set and signing of their new trilogy of 20th Anniversary mixtapes, Groiddest Schizznits! Buy a copy of their new album to get in the signing line after their set.

Founded by Village Voice icon Greg "Ionman" Tate and co-led with Dayton Ohio monster groove bassist Jared Michael Nickerson since 1999, Burnt Sugar the Arkestra Chamber is a sprawling band of musicians whose prodigious personnel allows to freely juggle a wide swath of the experimental soul-jazz-hip-hop spectrum. As Tate likes to say "The Burnt Sugar Arkestra is also a territory band, a neo-tribal thang, a community hang, a society music guild aspiring to the condition of all that is molten, glacial, racial, spacial, oceanic, mythic, antiphonal, and telepathic."

David Fricke of Rolling Stone calls them “a multiracial jam army that freestyles with cool telekinesis between the lustrous menace of Miles Davis’ On The Corner, the slash-and-om of 1970s King Crimson, and Jimi Hendrix’ moonwalk across side three of Electric Ladyland.” 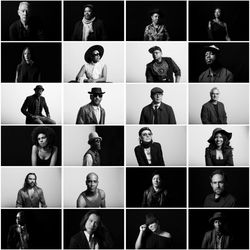 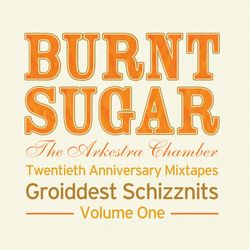