Join us for live DJ sets with some of the coolest people we know! View the complete list of Record Store Day events, sales & happenings.

Samira Winter celebrates her band's new Record Store Day EP,  Infinite Summer, with a DJ set at Amoeba. Purchase your copy  on 4/13 to get your copy signed after her set. It's a playful, bilingual spin on Winter's nostalgic '80s sound.

Winter is the project of songwriter Samira Winter, who's love for guitar music and nostalgic imagery inspired the dream pop/indie rock four piece. Samira grew up in Curitiba, Brazil listening to her American father's punk records, and her Brazilian mother's MPB (Brazilian Popular Music) tunes. While living in Boston during her college years she found a love for shoegaze which led to her collaboration with Nolan Eley who recorded and produced Winter's first EP "Daydreaming" and LP "Supreme Blue Dream". In 2013 Samira relocated to Los Angeles where the band currently resides working on their upcoming album "Ethereality." Winter aspires to connect people to their inner child by making blissful, beautiful, dream pop.

Guatemalan singer-songwriter and guitarist Gaby Moreno returns to Amoeba to share another rousing DJ set of her favorite tunes and influences. Her music ranges from blues, jazz, soul, to R&B. Moreno sings in English, Spanish, French and Portuguese. Watch for her new album with Van Dyke Parks – coming soon from Nonesuch Records!

Music and movie lover Jason Mantzoukas helps us celebrate RSD with guest DJ set. Check out his What's In My Bag video to learn more about the music and movies that inspire him.

Jason Mantzoukas most recently starred in THE LONG DUMB ROAD, an American road trip comedy that premiered at the 2018 Sundance Film Festival and costars Tony Revolori, Casey Wilson, and Ron Livingston. Mantzoukas can also be seen as Frank in THE HOUSE, Nadal in THE DICTATOR, and in films like HOW TO BE SINGLE, SLEEPING WITH OTHER PEOPLE, NEIGHBORS, and the upcoming JOHN WICK 3. On television, Mantzoukas is best known for roles like Rafi on FXX’s THE LEAGUE, Jay on Netflix’s BIG MOUTH, Adrian Pimento on FOX/NBC’s BROOKLYN NINE-NINE, and Derek on NBC’s THE GOOD PLACE, as well as shows including I’M SORRY, KROLL SHOW, MODERN FAMILY, TRANSPARENT, BROAD CITY, PARKS AND RECREATION, ENLIGHTENED, and COMMUNITY. In addition to his acting work, Mantzoukas co-wrote Adult Swim specials MR. NEIGHBOR'S HOUSE (1&2), as well as the Universal comedy RIDE ALONG starring Ice Cube and Kevin Hart. Mantzoukas co-hosts the wildly popular comedy podcast “How Did This Get Made?” alongside June Diane Raphael and Paul Scheer, where the trio hilariously analyze bad movies. 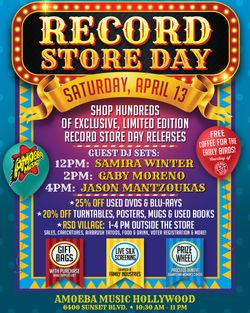