The Drums return to Amoeba Hollywood for a live show + album signing on Thursday, April 4th at 5pm! Brutalism (ANTI-) will be available on CD and vinyl at Amoeba on 4/4 (out 4/5 worldwide).

Signing is limited to fans who purchase Brutalism in-store only at Amoeba on April 4th. (Space is limited. The Drums will sign copies of Brutalism purchased at Amoeba Hollywood only).

The Drums play at The Palladium on July 27th.

The Drums released the critically acclaimed Abysmal Thoughts in 2017, marking the band’s first release as a solo project from Jonny Pierce. Now, two years later, The Drums announces its tremendous, self-care focused fifth LP and a North American tour in support of the album. Quite possibly the best collection of songs in the band's ten-year career, Brutalism, co-produced by Pierce, will be released on April 5th via ANTI-.

Like Jonny Pierce, Brutalism is a bicoastal record - written and recorded between Upstate New York and a studio in Stinson Beach. Following a painful divorce and an incredibly difficult stint living solely in Los Angeles, Pierce decided it was time to face his demons, and the making of this record is a part of that process. “I was exhausted, depleted and sabotaging myself, partying so much but in reality running away from pain. It was a downward spiral.” Pierce knew it was time to go to therapy, and begin to reckon with his depression. “It was do or die,” he says. While he focused on his mental health, the making of Brutalism became an extension of self-care for Pierce, and makes for some of his most honest and relatable music to date.

On Brutalism, a lot is different. The album is defined by growth, transformation and questions, but it doesn't provide all the answers. It’s rooted in an emotional rawness, but its layers are soft, intricate and warm, full of exquisitely crafted pop songs that blast sunlight and high energy in the face of anxiety, solitude and crippling self-doubt. Pierce's decision to prioritize his own health and wellbeing clearly bled into how he crafted this record. He was more open than ever, keeping his control freakery at bay, working with others to produce and record the album. He brought in Chris Coady (Beach House, Future Islands, Amen Dunes) to mix it. If there was a guitar part he wanted to write but couldn't play, he brought in a guitarist. It's also the first Drums record with a live drummer. Delegating freed up Pierce's time to produce a more specific vision.

Brutalism is truly pop at its core, with thoroughly modern production and Pierce’s newfound tenderness. Back in The Drums' previous iterations, the pressure was on Pierce to maintain the innocent and nostalgic sound of this surf-pop indie band and it didn't allow him to explore sex, drug use, darker emotions or how he felt currently. “Abysmal Thoughts” was the first occasion he had chance to do that. Lyrically Brutalism is another giant step in that direction, and is defined by vulnerability. That's why you can dance to Brutalism, you can cry to Brutalism, and you can laugh to it too.

The past year has been transformative Pierce, who may a permanent rain cloud above his head but is working towards a better, healthier headspace. “I don't think I'll ever really find myself,” he says. “I don't think people do. I don't think there's a day that you wake up and you go, Now I know who I am. The best way for me to be an artist is by taking a goddamn minute, being still and listening to what it is that I want and need.” It was a real year of growth for him, but growth towards what? “I don't really know, and that's OK.” 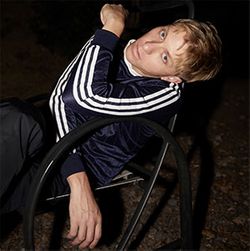 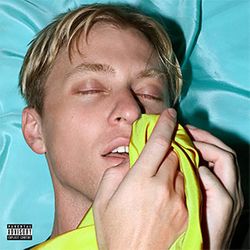