Randy Randall (NO AGE) celebrates the release of his solo debut, Arthur King Presents Randy Randall: Sound Field Volume One (out 3/29 on Dangerbird Records), with a live performance and album signing at Amoeba Hollywood!

Pop-up installation all day - see and hear Sound Field Volume One - all day on the Amoeba stage. Experience the installation (audio and visual) showcasing the collaboration between Randy Randall and visual artist Aaron Farley. The installation will feature a myriad of Aaron Farley's video footage of the Southern California environments found along the I-10 highway, serving as a visual companion to Randall's enveloping sonic landscapes. Randy will perform a live set at 6pm that evening.

Randy Randall is a Grammy-nominated composer, songwriter, and guitarist of the experimental punk group No Age. Rooted in the Los Angeles DIY music scene that grew out of Downtown Los Angeles all-ages venues like The Smell, Randall has created a signature sound that encapsulates both beautifully fuzzed-out soundscapes and fully-distorted, hard-hitting punk ferocity.

Sound Field Volume One, Randall's solo debut, finds him in a fully contemplative mode. The album unfolds as a series of instrumental ambient pieces inspired by Southern California's Interstate 10 highway and the varying landscapes it passes through. Beginning with the soft, soothing drones of the desert sunrise, Sound Field traverses the westward path of I-10 through the outer suburban sprawl of Southern California and the dense urban congestion of Downtown Los Angeles, concluding on the shores of Santa Monica Beach as shimmering arpeggios imitate the light reflecting off the waves of a Pacific Ocean sunset. Constructed entirely from manipulated guitar recordings, the eight pieces on this album segue together seamlessly, each one gently reflecting its corresponding environment yet never deviating too far from a singular, meditative sonic disposition. The compositions found on Sound Field Volume One have a direct connection to Randall's early teenage bedroom recording experiments with drones and guitar feedback, sounds he has always hinted at in the more atmospheric sections of No Age albums but never fully explored in long form until now. 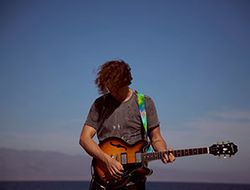 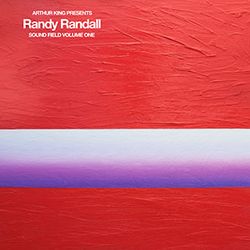