Young Fathers play a live set at Amoeba Hollywood in support of their latest album, Cocoa Sugar (out now on Ninja Tune).

Purchase Cocoa Sugar on CD or LP in-store only at Amoeba on May 3rd (day of in-store event) to meet the band and get your copy signed after the performance. Signing space is limited.

In November 2017, Young Fathers announced that they’d completed work on a new album. The trio – Alloysious Massaquoi, Graham ‘G’ Hastings and Kayus Bankole – marked the news by previewing a brand new song, ‘Lord’ and a subsequent accompanying video. Just like their previous standalone 2017 single ‘Only God Knows’ (written for the Trainspotting T2 film and described by director Danny Boyle as “the heartbeat of the film”), ‘Lord’ provided an enticing glimpse of what to expect from Young Fathers’ third full album; something typically unique and exhilarating, but leaner, more muscular and self-assured than ever before.

Titled Cocoa Sugar, the twelve track album was released on March 9, 2018 via Ninja Tune and follows the group’s previous two albums; 2014’s Mercury Prize-winning DEAD and 2015’s White Men Are Black Men Too. Written and recorded throughout 2017 in the band’s basement studio and HQ, Cocoa Sugar sees Young Fathers operating with a newfound clarity and direction, and is without doubt their most confident and complete statement to date. 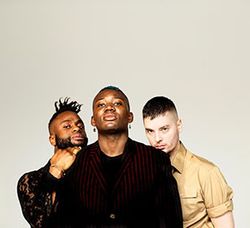 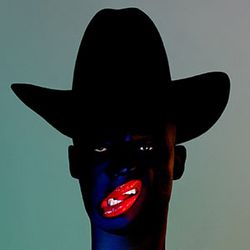