Loma is Emily Cross and Dan Duszynski (Cross Record), and Jonathan Meiburg (Shearwater). They visit Amoeba Hollywood for a live set and signing for their self-titled debut album (out now on Sub Pop Records). Purchase your copy of Loma on CD or vinyl in-store only at Amoeba (and save receipt) to get it signed.

See them live at The Living Room in Long Beach April 7th and Bootleg Theater on April 8th.

"Loma’s enigmatic debut feels beautifully adrift in time and space.  It’s an album that takes you to a place you’ve never been, with a rare confidence in the strength of its own vision." - Dusted Magazine

Though it was recorded off a dirt road in rural Texas, there’s no hint of country here: from the first airy notes of “Who Is Speaking?” to the decaying choir of “Black Willow,” Loma create a hypnotic world of their own, where rustling leaves, fuzzed-out basses, panting dogs, prepared pianos, and a wilderness of percussion form a backdrop for Emily Cross’s translucent voice.  She’s a steady, clear-eyed presence throughout, even among the heart-pounding pulses of “Relay Runner”, the skittering drums of “Dark Oscillations” and the galloping release of “Joy”; in sparer songs like “Shadow Relief” and the haunting “I Don’t Want Children,” she’s a fearless ally, swimming calmly with you against a powerful undertow.

Loma is inviting but also beautifully self-contained, like a dream that stays with you all day. There’s something here for lovers of Nina Nastasia or Broadcast, but also Linda Thompson, or The Silver Apples—even early Pink Floyd. But most of all, this arresting and mysterious album marks the arrival of a band whose first steps already feel timeless.  Loma was recorded by the group at Dandy Sounds Studios in Dripping Springs, Texas and mastered by Greg Calbi at Sterling Sound. 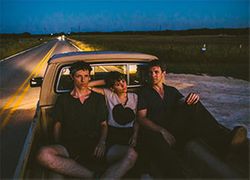 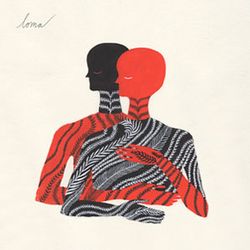