AFI is performing at Amoeba Hollywood to celebrate the release of their new album, AFI (The Blood Album), Thursday, January 19th at 5pm! Please note, this is a live performance only. There will be no signing/meet & greet happening after the show.

To attend this special show pre-order album AFI (The Blood Album) in-store only at Amoeba Hollywood starting Thursday, January 12th to receive an admission ticket to the in-store AND a limited-edition Live at Amoeba poster created for this event!

** Limited to first 700 purchasers (there will be no standby line for this event).

**Fans will receive their CD/LP and poster day of in-store (January 19).

** ADMISSION LINE FOR IN-STORE FORMS ON IVAR at 2PM.

Hailing from Ukiah, California, the members of AFI (A Fire Inside) met in high school. After some line-up changes early on, the band has featured members Jade Puget, Hunter Burgan, and original co-founders Davey Havok and Adam Carson since 1998. Stomping onto the hardcore scene, AFI’s early albums are now essential listening for any fan of punk and alternative music. The Art of Drowning appeared on various Billboard charts and their AFI set made it all the way to the #4 spot on Billboard’s Top Independent Albums chart.

Recorded at Megawatt Studios in Los Angeles, AFI (The Blood Album) was produced by Jade Puget and co-produced by Matt Hyde (Deftones) and is the follow-up to 2013’s Burials, which hit Top 10 on The Billboard 200.  Since the release of 1995’s debut album Answer That and Stay Fashionable, AFI has written and recorded five top ten hit singles, hit No. 1 on The Billboard 200 (with the stunning Decemberunderground), garnered worldwide critical acclaim and amassed a fiercely loyal global following whose members number in the millions.

AFI (The Blood Album) is the band’s 10th full-length studio album and first for Concord Records. 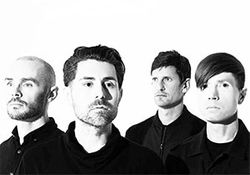 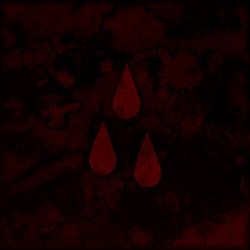