Join Manchester, England's all-female four-piece PINS at Amoeba SF for a live set and signing of their second album Wild Nights (out now on Bella Union, available on LP & CD). Also catch them later that night at Rickshaw Stop.

PINS follow-up to their debut Girls Like Us was recorded in Joshua Tree at Rancho De La Luna with Dave Catching (QOTSA, Eagles of Death Metal) and Hayden Scott, and mixed in New York with Ben Baptie at Atomic Sound NYC (Mark Ronson).

Speaking about their second album, PINS say, "With Wild Nights we didn't want to be bound to the sound of our first album. The albums were recorded years apart, and in Wild Nights you can hear the new experiences, ambitions, and influences we've taken on. We have introduced new instruments, and stronger vocal harmonies -- and have brought this through to our live performances."

"This album has the angsty energy of Girls Like Us, but with more detail and attention that came over time from growing together as musicians, and understanding ourselves better as women. Wild Nights is a diary, complete with confessions and secrets -- the album is a mixture of emotions. Like they say, 'When life gives you lemons, make lemonade.'"

Wild Nights is a body of work that PINS are extremely proud of and is a record that has already created a great deal of excitement at their live shows after previewing tracks to fans. 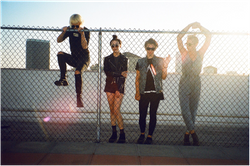 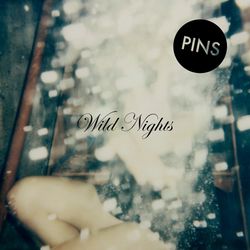