The band will sign copies of the new album purchased at Amoeba. With album purchase fans may get ONE additional item signed by the band.

Adolescents are one of the most popular punk bands ever. It was formed by original Agent Orange bassist Steve Soto and singer Tony Reflex in 1979 in Fullerton, California. Along the way they recruited Frank and Rikk Agnew from Social Distortion and in 1981 released their self-titled debut album (a/k/a The Blue Album) that would become one of the most beloved and influential Southern California punk albums of all time. Along with Bad Brains, Black Flag and Minor Threat, Adolescents remain one of the most respected bands of the 1980s hardcore/skate punk scene (voted the N° 1 best Orange County band of all time by OCWeekly).

The latest album, La Vendetta... è un piatto che va servito freddo, proves that Adolescents have not mellowed one snarling, snotty bit with tracks like “A Dish Best Served Cold,” “Nothing Left to Say” and “Let It Go.” This is the first LP of NEW material that Frontier Records has released since the blue LP. 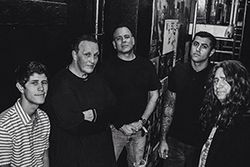 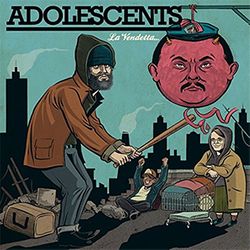